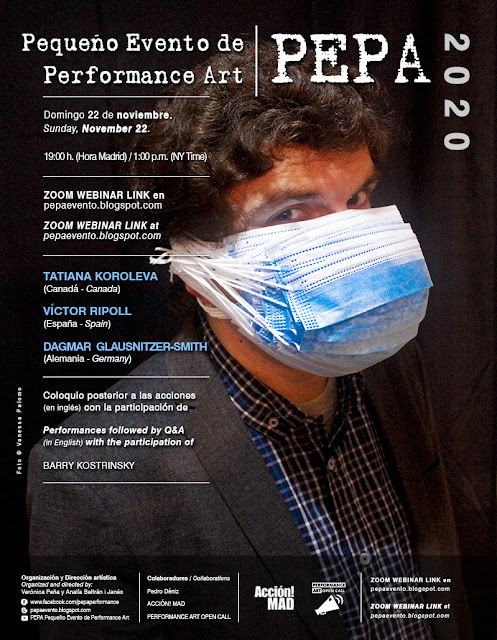 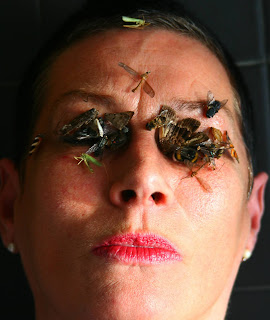 THE PURGE OF PAINTED DESIRES

The proposal of “ The Purge of Painted Desires “ as a zoom performance for November 22, 2020 PEPA online event will further research its visual extensions with the contradictions of appropriations towards a virtual presence. It endures the location, yet is discovering corners to become potent spaces, stripped of their function to have been a room corner, surfaces which appear as flat canvas by first impression, transform into the scape zone of the middleground of painting or seen in Zen Master Eishu’s Landscape drawings, become the definitive only for a brief moment before it escapes.

The idea of escape returns with the aspect of desire. The centre of attention may dissolve as the virtual, flat screen is not infinite in its corners. Who, may I ask is the viewer of the edge? 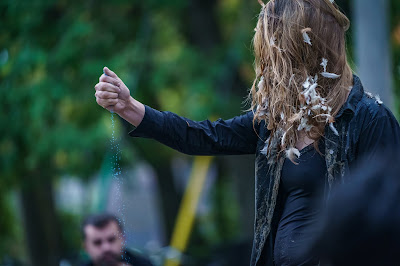 Tatiana Koroleva is a multi-disciplinary artist and researcher who works in the mediums of performance art, video art and creative writing. Living and teaching Studio Arts in Montreal (Canada), Koroleva explores intersections of art practice and theoretical research in cultural anthropology and art therapy. Focusing on participatory aspects of performance art, Koroleva reinvents ritualistic practices in the context of late-capitalist societies.

My work focuses on therapeutic aspects of performance art and the process of community formation through the methods of interactive performance. Conceptually, my work engages with the subjects of ritual, transformation of individual subjectivity and formation of alternative models of the body and the self in the framework of ritualistic performance art. Engaging my audience in the communal action I search for the ways to reconstruct the notion of the collective body associated with the folk models of the self. I am interested in exploring the possibilities of sensual communication through touch, smell and sound to unfold the therapeutic quality of collective ritualistic practices. Intimacy of emotional and physical experiences is the starting point of my performative experiments. I search for the ways to transcend socially-constructed models of individuality promoted in contemporary late-capitalist cultures and to create new mechanisms of formation and reinforcement of community through the means of ritual. 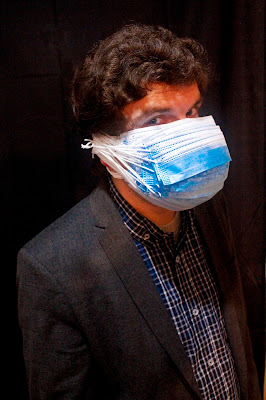 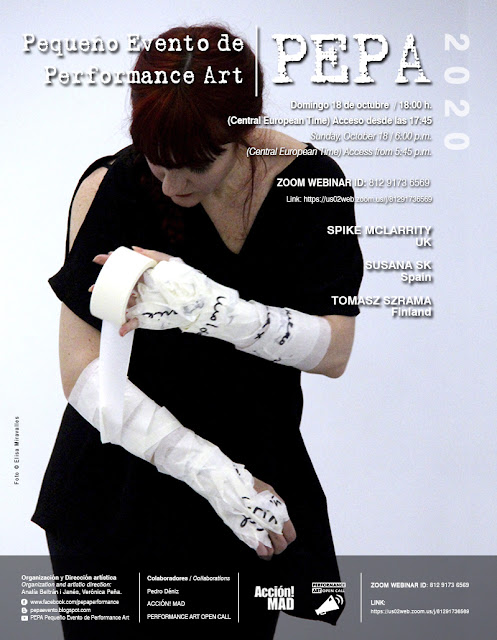 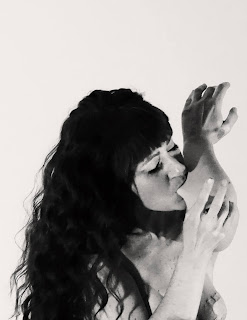 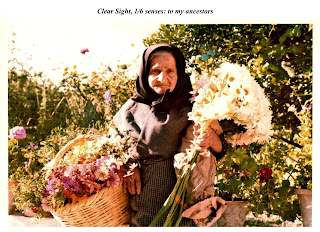 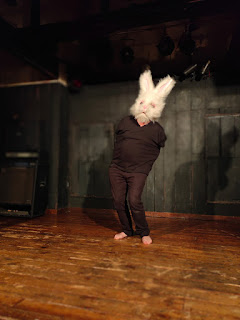 Foto: Spike Mclarrity
The artist Spike is a conceptual duration based performance artist, based in the London UK more famously known as the Barnes White Rabbit, which the UK press outed the artist behind the mask in 2016.  This then led Spike to explore the idea of who we are behind the mask, using the rabbit as a way to explore the expectation of others who they think we are.  In today's current situation with the world wide pandemic it has forced predominantly everyone across the world to wear masks, to cover up and hide part of your face.  The performance now takes on a new conversation, what does it mean? As well as feeling a sense of restrictions, isolation and fear of the unknown, creating physical barriers between you and others, behind the mask and behind the screen.
Our carefree life is now controlled by our Governments, our freedom, liberation, individuality is constantly being questioned, infiltrated by the fear that if we do not wear masks, we will die.  So where does this leave us as creative human beings? What is in store if we break the rules?  In March/February 2020 Spike travelled with a group of international artists for two weeks throughout Japan, as part of The Nipon International Performance Festival (NIPAF) during the start of the Pandemic, they experienced at first hand the restrictions that was coming towards them like a fast train, the fear had begun to set in, each artist worried about what was going to happen when they returned to their countries, what did it mean to isolate for fourteen days?  In September Spike began to resurface as the UK came out of lockdown, some restrictions were lifted, but there was still a lot of control being inflicted on people.  Spike was invited to attend IMAF (International Multi Media Art Festival) in Serbia.  After consulting with the UK Governments advice about travel, Spike was told not to travel unless it was "Essential"  There is actually no definition what this actually means, what it really comes down to is "Insurance" who is going to pay for your medical bill if you fall ill while travelling in another country? There was nothing positive on the site about Serbia, it was extremely negative, with what could happen if you travel, which is designed to evoke fear and doubt, and make you stay at home.  As an artist it is Spikes duty to question these things, it is also important to check out first hand, what is the truth about the information we are being spoon fed?
Spike decided that it was important to travel as an artist it was essential for his mental health, well being and soul, his experience of Serbia was nothing like what is being portrayed by the UK Government, in fact, it was the opposite.  It turned out that Spike was the only international artist that actually made the trip as the others decided it was not safe to travel to Serbia.  Spike was asked to take part in Pepa with their on line performance, as the restrictions are becoming more serious again, and possible localised lockdowns are being introduced in the UK, which will prevent any travel in the coming weeks.  Taking part in Pepa is also an opportunity to have this discussion, what are our expectations of another? What kind of experience does meeting someone online via zoom, than seeing them live in the flesh? This performance behind the mask is? is a way of having this discussion.  In November 2019 Spike took part in the IAF (The Islamabad Art Festival) where he was presented with an award for his piece "behind the mask of white rabbit is?"  Spike studied Fine arts at Kingston University and graduated in 2011 and also studied a Master Degree in performance and visual practices at Brighton University where graduated in 2012 receiving a distinction.
(website)  http://www.spikemclarrity.com/
(Facebook) https://www.facebook.com/barneswhiterabbit/
(Instagram) barnes_white_rabbit
Tomasz Szrama
presenta
"Gravitation" 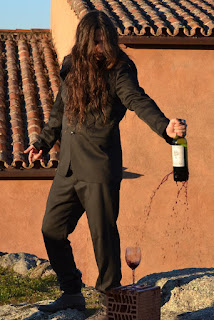 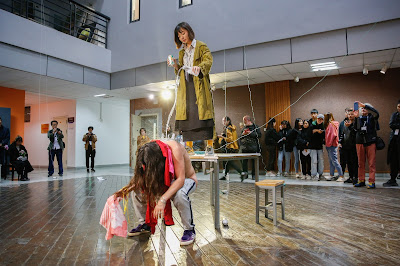 Tomasz Szrama is an artist from Poland living in Helsinki, Finland. He has participated in many festivals around the world. His performances are based on interaction with the audience, so today is going to be the first time that he performs online, a new challenge for an artist who has a long experience, not only in the field of action art but in many others.

How powerful is gravity of a marginal artist’s ego who is simply working on a human scale in low resolution, cropped by a webcam?
This seemingly insignificant force could be highly destructive when joining forces with the planet.